So I haven’t written for a hot second – at least that’s what I’m calling the last eight months – and I hate that work + life has gotten in the way!

It coincided with starting improv classes at Second City, which also had me auditioning for an ensemble and doing standup for the first time. Now I’m at the starting level E, the final level of classes, and I’m so excited for it! I’ve met through amazing folks through this, and I hope to keep it up in some form.

Plus, work has changed a bit: Though I’ve often stayed away from agencies because I’ve not liked the atmosphere, I’ve found that I work well on- and off-site with a few agencies locally and in San Francisco and Dallas. Although much of the work is under NDAs and I can’t share it in my portfolio, I do feel like the steadier income is more conducive to the digital nomad lifestyle. Plus, they just get the buying of design.

I joined a coworking space in the Chicago suburbs, which has been fabulous for productivity and meeting local businesspeople. I’m definitely a huge proponent! Look for a review soon, as they’re also opening a west loop location.

I also discovered that I did a ton of speaking last year – eight times in all – but I am not “feeling” the niches I’m speaking to. They’re not growing my bottom line, even if they were fun events with some great people. So I’ve been repositioning myself among the areas I’m really passionate about: associations, healthcare and marketing in general.

A move west is in the future (and no, I don’t mean Rockford). I’m not going to say much more than that, but WTT’s sister blog Thriftista will get a relocation and rebirth.

Look for a lot of content here in coming weeks: Southern Italy, New Orleans and LA, plus Montreal (my first international speaking gig!), Quebec and Portland. 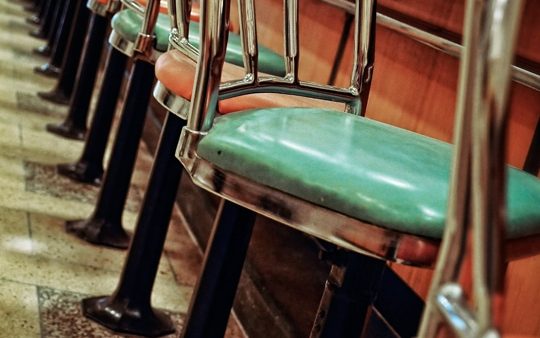 I’ve been meaning to get to Raleigh, North Carolina forever. Besides visiting friends in the area, I’ve heard endlessly about their amazing…
By Lisa Ghisolf

It’s difficult not to be aware of the limitations of working from home: No professional spot conference room to host clients, and sometimes,…
By Lisa Ghisolf